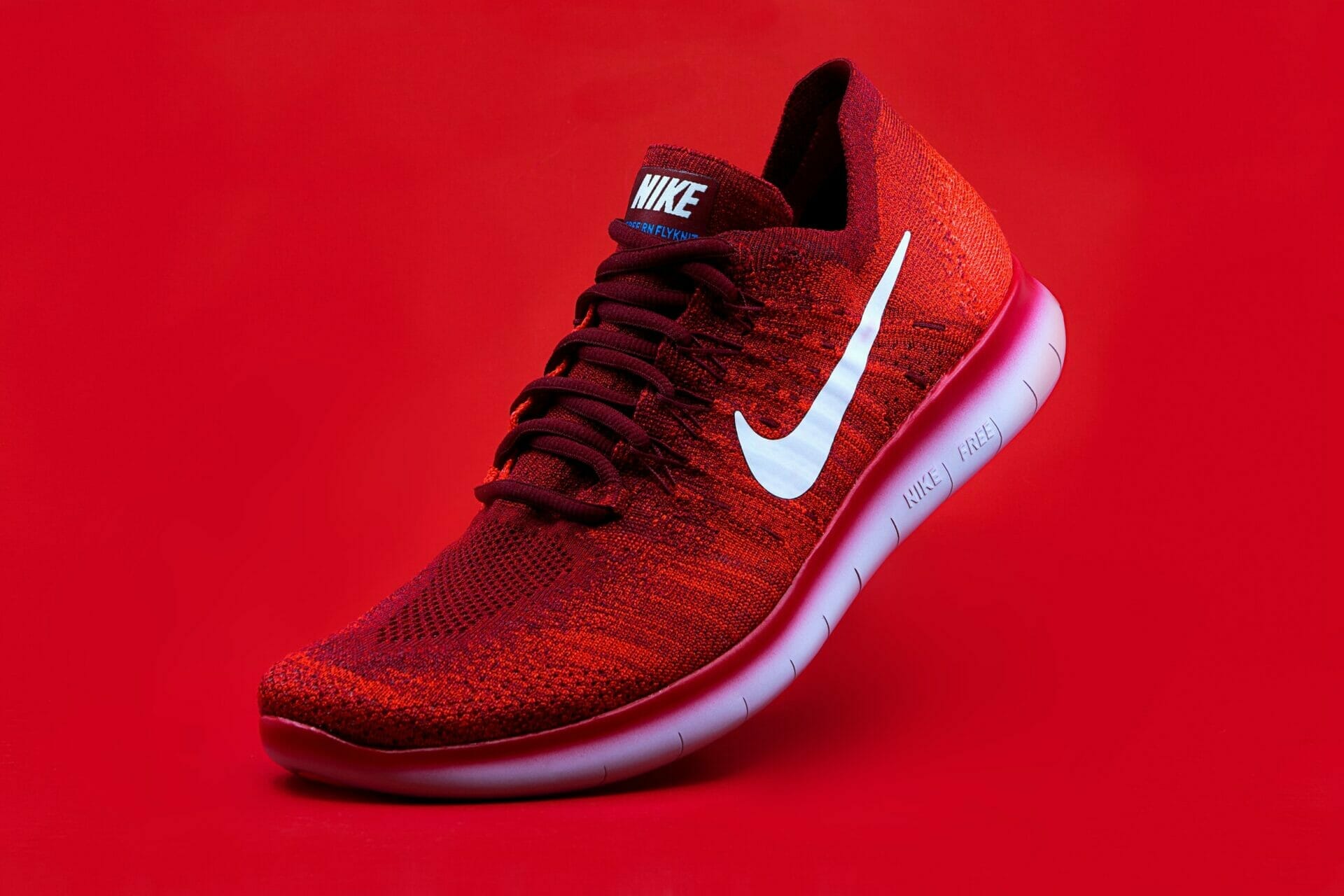 GP Cindy’s journey to VC and her open playbook 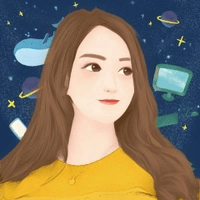 How did you start out with regards to your career?

I was quite fortunate to receive a full scholarship at Georgia Tech to study Civil Engineering but quickly fell in love with spatial data analysis and GIS (Geographic Information System) at a summer internship job so I quit the PhD program and started working full time. The company sponsored me for H1B Work Visa and Green Card and once I had my immigration status figured out (I was actually fired from my 1st job), I got a 50% raise doing software consulting at Accenture.

In the meantime, I also founded a hardware company selling hunting cameras online. I was mainly responsible for partnership, sales and marketing and also quickly built a wholesale network to expand online sales through retail. Later I sold my equity to my business partner who’s still growing it with great success in Atlanta.

How did you get into angel investing? What was your first angel check?

After a decade of doing 2 jobs at the same time, I took a sabbatical to spend more time with family in China. Later I decided to come to Silicon Valley and joined a remote-only “file API” company based in Australia with hundreds of software developers all over the world. The company was very profitable so I convinced my employer to allocate some capital and let me invest in startups on the side to take advantage of my geographical proximity to the high-quality startups coming out of Y Combinator.

My first angel check was in 2011 for an “email API” startup, MailGun, which was quickly acquired by RackSpace. It’s worth mentioning that one of the founders was also an immigrant and I later invested in the same founding team’s 2nd startup, Gravitational, backed by Kleiner Perkins and is growing very fast.

You launched CapitalX in August through a rolling fund on AngelList. Through this model, you’ve been able to attract LP’s from around the world. Can you tell us more about the mix of investors that have committed capital? We know it’s only been a few months, but how would you compare these LP’s to LP’s in traditional funds?

“I have global LPs from more than 10 countries although most of them are from California and New York. As illustrated from the chart below, 46% of CapitalX LPs are founders, 23% are operators, 17% are investors at other VC funds, and 9% in finance with 5% others (doctor, professor, attorney, and family offices). So it’s quite fascinating to have almost 70% LPs as founders or operators at tech companies to help build a very robust ecosystem.”

I’ve never raised outside funding before but I’m well aware that traditional funds usually go through a lengthy fundraising process that lasts 9–12 months before GPs can deploy capital. In comparison, within two months since I launched CapitalX, the fund has already made 9 new investments with 3 more pending.

I’ll write fewer but bigger checks and have already made two $250k commitments (instead of $100k) so each portfolio startup’s 10x can make a meaningful contribution to the fund’s future return. By having fewer startups in the portfolio, I may also reserve more time working with the founders (when needed) and earn pro rata rights to invest more in follow-on rounds via SPVs or future funds.

Since shifting to a remote first environment, what’s been your strongest source for deal flow? Has anything changed, or still status quo?

Nothing much has changed for me because I’ve already worked remotely for more than 10 years and made many previous investments without meeting the founders in person with a “Online First, Offline Optional” process.

Once I decided to transition away from my operator role to invest full time late last year, I started investing more outside of the YC network with my personal capital because I had more time looking into the startups that reached out to me directly or were referred to me by founders in my past portfolio or co-investors. I now get additional deal flow from the VC funds I personally invested in and my LPs who are also active investors.

You’ve given examples of how you’ve won over founders to get into startup deals. On the flip, what memorable stories can you share of founders winning you over because they wanted you on their cap table?

David@Retool was persistent to add me to his cap table at seed round and I’m so glad he did although I paid a higher price only a few weeks later! They recently announced their Series B nears $1B valuation in a little over 3 years!

And Oleg@People.ai copied me on a few of his monthly investor updates before getting the investment — this is actually not an uncommon practice for founders to send (a redacted version of) their investor updates to potential investors that they really want to work with. I’ve also been persistent to close a few notable LPs because I highly respect their background.

2020 has been the year of rolling funds and SPAC’s. What new fundraising or venture capital trend will we see in 2021?

I’m excited to see emerging GPs outperform especially those who respect founders’ time by having engaging and insightful discussions and making high-conviction fast-commit investments. As venture capital becomes more like a commodity, investors that don’t do enough research before meetings and only try to follow other funds to fill a round will be left further out.

What are your favorite productivity tools you use on a daily basis?

I use WordPress a lot to make private notes and this works well for “Solo Capitalist” with categorizing and search functions better than email or google docs. For virtual team collaborations, I highly recommend Taskade and FocusMate that I also invested in.

You’ve invested in multiple Unicorns that came out of Y Combinator (Zapier, Cruise, Rippling). Given the volume of companies that go through YC, what criteria do you use to decide on who to invest in? Do you assess the Winter & Summer batches the same, or different?

I didn’t notice any seasonal changes between Winter & Summer batches but YC has enrolled more international founders over the years so certain cohorts may have more startups from India, SEA, LATAM, Europe or Africa for example.

I’ve openly shared my playbook identifying top early-stage startups as shown in some of my fireside chat video clips: (public) data driven, early momentum for signal, cohort vs competitor analysis, embrace intuition, online first, underestimated talent, early enough to build for the future, fast commits. I’ve caught a few trends early enough to have heavily invested in APIs, automation, deep tech, and top of the top talent from outside of tech centers that can hire internationally and operate remote only.

What are you passionate about outside of work?

I used to go to the gym a lot before covid19 and especially enjoyed meditation in the steam room after a hard workout. Now I live next to Lake Tahoe so I do paddle boarding a few times a week while listening to my favorite podcasts, before the weather gets too cold!

What’s your secret for getting on the cap table?

High conviction, fast commit, and a bit earlier than bigger funds if possible. Founders are resourceful self-starters so I let them do their own thing and show my strong support by authentically talking about them (tweets or emails/chats behind the scene).

I especially like founders who remain disciplined and send monthly investor updates so I can provide insights or make intros when I see fit.

In 2012, I missed 2 unicorns (Intercom and Gusto) due to lack of experience and talked about it on my Youtube here. Early this year, I should have pursued RoamResearch more passionately for their previous round after I reached out to Conor via Twitter DM in January. It’s due to my lack of focus at the time as a passive angel investor during the transition out of my last fund.

What advice would you give someone who is looking to write their first angel check in 2020?

Build your own conviction to invest in top talent with high integrity and unweaving resilience to apply their expertise and passion to build the next big thing.

A few Rolling Funders have invested in multiple unicorns and decacorns, grown their AUM to tens of millions a year, and delivered real alpha returns to global LPs. Truth be told, that’s a future I’d love to help to build!

Disclaimer: The performance of past investments or track record is not a guarantee of future returns. Investing in venture capital funds is inherently risky and illiquid. It involves a high degree of risk and is suitable only for sophisticated and qualified investors.​

We use cookies on our website to give you the most relevant experience by remembering your preferences and repeat visits. By clicking “Accept”, you consent to the use of ALL the cookies.
Do not sell my personal information.
Cookie SettingsAccept
Manage consent

This website uses cookies to improve your experience while you navigate through the website. Out of these, the cookies that are categorized as necessary are stored on your browser as they are essential for the working of basic functionalities of the website. We also use third-party cookies that help us analyze and understand how you use this website. These cookies will be stored in your browser only with your consent. You also have the option to opt-out of these cookies. But opting out of some of these cookies may affect your browsing experience.
Necessary Always Enabled
Necessary cookies are absolutely essential for the website to function properly. These cookies ensure basic functionalities and security features of the website, anonymously.
Functional
Functional cookies help to perform certain functionalities like sharing the content of the website on social media platforms, collect feedbacks, and other third-party features.
Performance
Performance cookies are used to understand and analyze the key performance indexes of the website which helps in delivering a better user experience for the visitors.
Analytics
Analytical cookies are used to understand how visitors interact with the website. These cookies help provide information on metrics the number of visitors, bounce rate, traffic source, etc.
Advertisement
Advertisement cookies are used to provide visitors with relevant ads and marketing campaigns. These cookies track visitors across websites and collect information to provide customized ads.
Others
Other uncategorized cookies are those that are being analyzed and have not been classified into a category as yet.
SAVE & ACCEPT